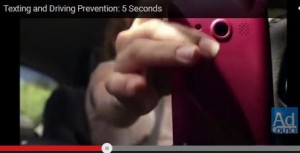 The ability for mass media to reach millions of people around the world, in short order, and through a wide variety of mediums, can be incredibly beneficial to mankind. Take, for example, the safety and awareness campaigns related to drunk driving and texting while driving. Through social media posts, newspaper and magazine adverts, radio public service announcements, cable and television spots, and even messages on the big screen, the messages to not drink and drive and not text and drive can reach millions and, in an impactful way. Social media posts and stories are a relatively new mass media channel that aid the cause. Through effective mass media outreach, the campaigns save lives.

“In 2006, in response to the over 13,000 people who were being killed each year in drunk driving crashes, MADD launched the Campaign to Eliminate Drunk Driving,’ according to campaign information on the Mothers Against Drunk Drivers (MADD) website. The organization had been around for quite some time, incorporating in 1980, but the 2006 campaign rallied a diverse realm of mass media that simply wasn’t available in some cases in 1980, like social media, or not as far reaching as the hundreds of cable channels and dozens of networks that proliferated in more recent years. Dramatic video recreations of vehicle accidents caused by drunk driving paired with emotional testimony from those affected by the actions of drunk drivers demanded attention from the masses and MADD was more effective in getting its message delivered, all thanks the tools and avenues of mass media.

“If you text and drive, you’re 23 times more likely to have a car crash,’ according to a “scary’ statistic posted on www.donttextdrive.com website. “STOP the TEXTS. STOP the WRECKS,’ highlights the message from the National Highway Traffic Safety Administration (NHTSA). According to the NHTSA campaign, “Nearly 500,000 young adults each year are injured due to various forms of distracted driving, including texting, mobile instant messaging, updating social media platforms, sending photos, etc.’ There is a huge campaign, involving numerous interested parties, all using mass media, to try to curb the all too common practice of texting while driving, a practice that has resulted in an increase in traffic accidents and related fatalities in recent years. Just like with the campaigns against drunk driving, the message to the masses to not text and drive is delivered via dozens of mass media outlets, from newspaper to social media and more.

These two campaigns and uses of mass media are just a couple examples among many – past, present and future — of how mass media can be beneficial to society. How else could a message be communicated so efficiently to millions of people around the globe? Mass media can be the catalyst for action, positive and helpful action. For the detractors of mass media, one must point out the benefits and saving lives is about as important as it gets.

One thought on “Week 1 Assignment 2: Wyman”