When I think of someone who contributed to mass media not just for their fame but their creativity and brains, of course the first person that immediately comes to my mind is the world famous, Steve Jobs. While he did come up with many iconic things that are used everywhere today, that is not the only reason he should be represented at this fine exhibit at the Smithsonian. 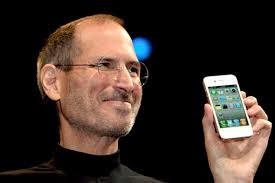 His creativity to revolutionize the way we use things was much farther ahead what any of us could imagine. He used his brain  to create ideas that had never been thought of in any way. But not only his creativity, but his will power to keep going through multiple hardships. As most of us know, Steve Jobs had a very difficult road to success. Constantly running into road blocks throughout his career, but he still kept going and continued to fight until he reached success. His story is inspiring in the fact that he dropped out of college. But through all that, he still managed to pursue his passion and become the innovator, engineer, and inventor that we all recognized him to be.

“The only way to do great work, is to love what you do” -Steve Jobs

Putting Steve Jobs within this exhibit where the “brightest” and “best” are showcased would be a very positive thing for not only adults, but for the future generations. To give them hope and something to look to become one day. To show that through his challenges and hardships he faced, Jobs managed to make an outstanding impression on the world. His creativity included Apple, alongside the famous iPhone and iPad, and Pixar. Steve Jobs should be recognized as a modern day American Pioneer for these reasons.

One thought on “Week 2: Dylan Branch”